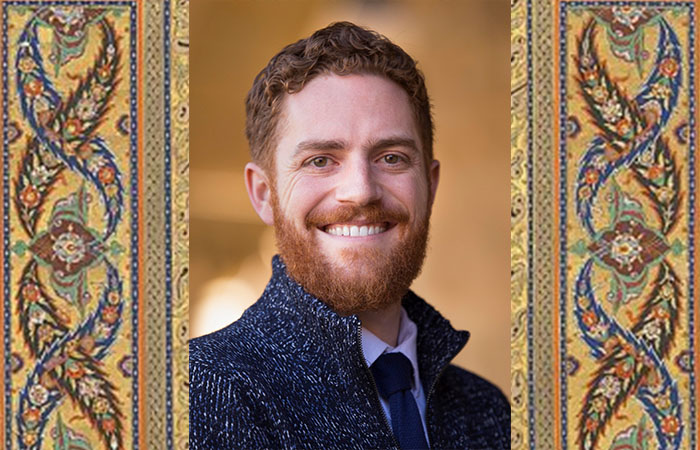 To support the first translation into English of an extensive 12th-century Persian poem that presents a Sufi spiritual journey, UNC Charlotte’s William Sherman has received funding from the National Endowment for the Humanities (NEH).

The $48,371 award will enable continued work on a critical collaborative translation of a poem called the “Musibat-Namah,” or “The Divine Tragedy,” by Sufi poet Farid al-Din ‘Attar. The work will provide greater access to a text that is valuable to the humanities but largely inaccessible.

Sherman’s project, one of three in North Carolina to receive funding, is titled ‘Attar’s Affliction: Sufism and Allegory in the Global Middle Ages. Sufism is a form of Islam that emphasizes an inward search for God and rejects materialism.

“People tend to think of Sufi spiritual journeys,” Sherman said, “as culminating in some kind of mystical bliss. With “The Divine Tragedy,” though, ‘Attar has this dogged insistence on the darkness and the pain of such a journey. The main character of the poem meets angels, prophets, planets, and more in a quest for true knowledge, but the pilgrim simply learns that the angel Gabriel — and even Jesus and Muhammad — cannot answer the pilgrim’s questions.”

Sherman observed that “The Divine Tragedy” and its 7,500 verses can stand with “The Book of Job” or “The Dark Night of the Soul,” and other classic imaginings of the tragic side of a spiritual journey. It and other works by Attar had broad, long-lasting influence.

“‘Attar — along with a few other poets — provided a profoundly influential model and theory of allegory that eventually undergirded a literary culture that extended from Bosnia to Indonesia,” he said. “Poems like “The Divine Tragedy” helped cultivate a global literary exchange that experimented with allegory as a form of storytelling and a way of knowing.”

Sherman’s project is with collaborator Ahoo Najafian. Sherman joined Charlotte’s Department of Religious Studies as faculty in 2017. He researches the history and literature of Muslim societies with a particular focus upon premodern South and Central Asia. He earned doctoral and bachelor’s degrees from Stanford University, and a master’s degree from University of California, Los Angeles.

Created in 1965 as an independent federal agency, the National Endowment for the Humanities supports research and learning in history, literature, philosophy, and other areas of the humanities by funding selected, peer-reviewed proposals from around the nation.

Words: Lynn Roberson | Image of William Sherman: Courtesy of Sherman | Background Image: Extracted From Illuminated Frontispiece of a Manuscript of the “Mantiq al-Tayr” (“Language of the Birds”) From The Met Collection (Public Domain Image.)