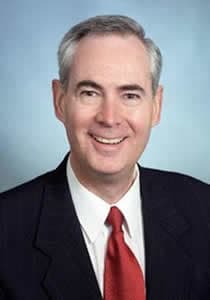 Professor Emeritus Theodore (Ted) Self Arrington, a renowned political scientist widely recognized for his expertise and who served in several leadership roles at UNC Charlotte, passed away on Jan. 12 with family members by his side.

Arrington joined the faculty of UNC Charlotte in 1973.  His service to the university included chairing the Political Science Department for 19 years, acting as UNC Charlotte faculty president from 1983 to 1984 and co-chairing the university’s self-study for reaccreditation by the Southern Association of Colleges and Schools (SACS) from 1990 to 1992.

After his retirement from UNC Charlotte in 2010, he continued writing and publishing in his areas of expertise. He was an expert witness in over 50 voting rights cases in the United States and Canada. Most recently he had been retained in voting rights litigation by the U.S. Department of Justice, Civil Rights Division, Voting Section and also the Lawyers’ Committee for Civil Rights Under Law. His testimony has been cited in several precedent setting cases such as Gingles v. Edmisten and United States v. Ike Brown et al.

His research – mainly on voting behavior, voting systems and redistricting – was published in many of the top journals in the discipline. He taught courses on methodology, voting behavior, Congress, the Presidency and political parties.

Joan Lorden, provost and vice chancellor for Academic Affairs, said that Arrington’s legacy is evident in the enduring strength of the faculty and programs in what is now the Department of Political Science and Public Administration. “As the long-time chair of the Department of Political Science,” Lorden said, “Arrington was instrumental in shepherding the development of the department during a period of rapid expansion.”

Dean Nancy Gutierrez of the College of Liberal Arts & Sciences recalled Arrington’s role influence across the college. “As a new dean in 2005, I found Arrington to be a great resource in helping me understand the history of the college’s development,” Gutierrez said. “The welcoming culture of the department was a real model of collegiality.”

“Arrington was a consummate university leader,” Professor Eric Heberlig said. “He was well known and respected across the university and the broader community. He had the convictions to speak up even when he knew others wouldn’t like what he had to say. Yet he also had the grace to be respectful to junior faculty when they told him things he probably didn’t want to hear. He understood that our quality of life at work was based on our relationships with our colleagues more than our publications.”

Professor Beth Whitaker said, “Arrington was a capable, calm, and supportive department chair who prioritized building a sense of community among faculty. Every day, he invited anyone who was around the office to walk over for lunch and a cookie at the faculty-staff dining room. Junior faculty members often described Arrington as the department’s own ‘Mr. Rogers’ because he wore cardigan sweaters nearly every day and treated people with simple, decent kindness.”

He earned a bachelor’s degree from the University of New Mexico and master’s and doctoral degrees in political science from the University of Arizona in Tucson. He was drafted and served two years of active duty and four years in the reserve during the Vietnam War. He loved public speaking and was an avid reader, interested in many things, especially constitutional government and fairness in voting rights.

In addition to his scholarly publications, Arrington was an expert often quoted by news media outlets. “At The Charlotte Observer,” recently retired reporter Jim Morrill said, “Arrington was always our go-to guy for smart commentary on politics. So much did we rely on him that more than one editor put a moratorium on quotes from him. We usually ignored them. Arrington was more than quotable. He was kind and patient with reporters and their questions.”

Arrington was a life-long member of the Christian Science church and was serving as board chairman at the Albuquerque branch church and engaged in its active prison ministry when he died.  Arrington leaves his wife, Patricia Morgan Arrington; his only sibling and sister, Vicki Arrington Turpen; and other family members. Arrington’s request was that there be no memorial service.