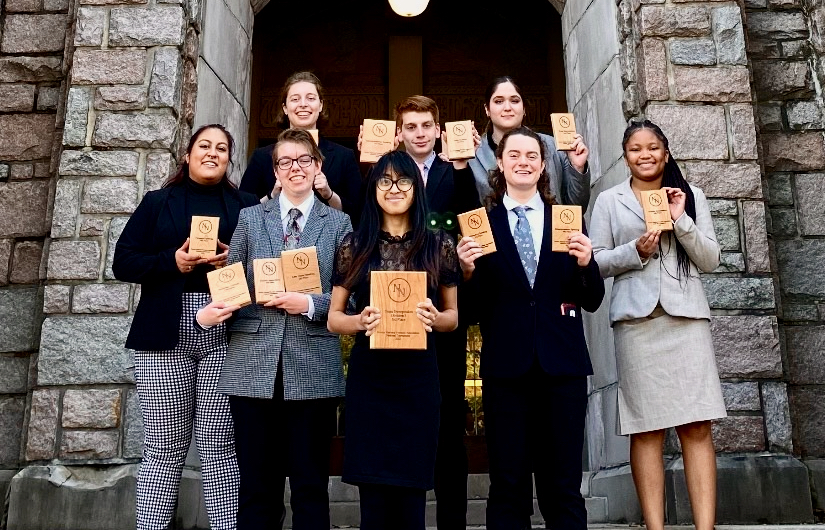 UNC Charlotte’s speech team won third place at the Novice National Championship Forensics Tournament in early March at Butler University in Indianapolis, Indiana. The award recognizes the top novice competitors from across the country in competitive public speaking, debate, and interpretation of literature.

“I used to shake at the mere thought of giving a presentation in class, and now I have championed at a national speech competition,” said AJ Siegel, a sophomore psychology and writing, rhetoric, and digital studies major. “The writing, speaking, and overall communication skills I’m learning are invaluable and will be carried with me for the rest of my life. This team has not only helped me become a better and more confident speaker but has also created a sense of community that I only dreamed of finding at Charlotte.”

Shelby Newland, who is pursuing a master’s degree in communication studies, coaches the team. “From a coaching perspective, placing at Novice Nationals is a good sign you’ve got a team with some raw talent,” Newland said. “I’m not sure these students have a clue how good they’ll get by the time they graduate. This is only the start.”

Nance Riffe, a lecturer in the Communication Studies Department, is director of the forensics team.