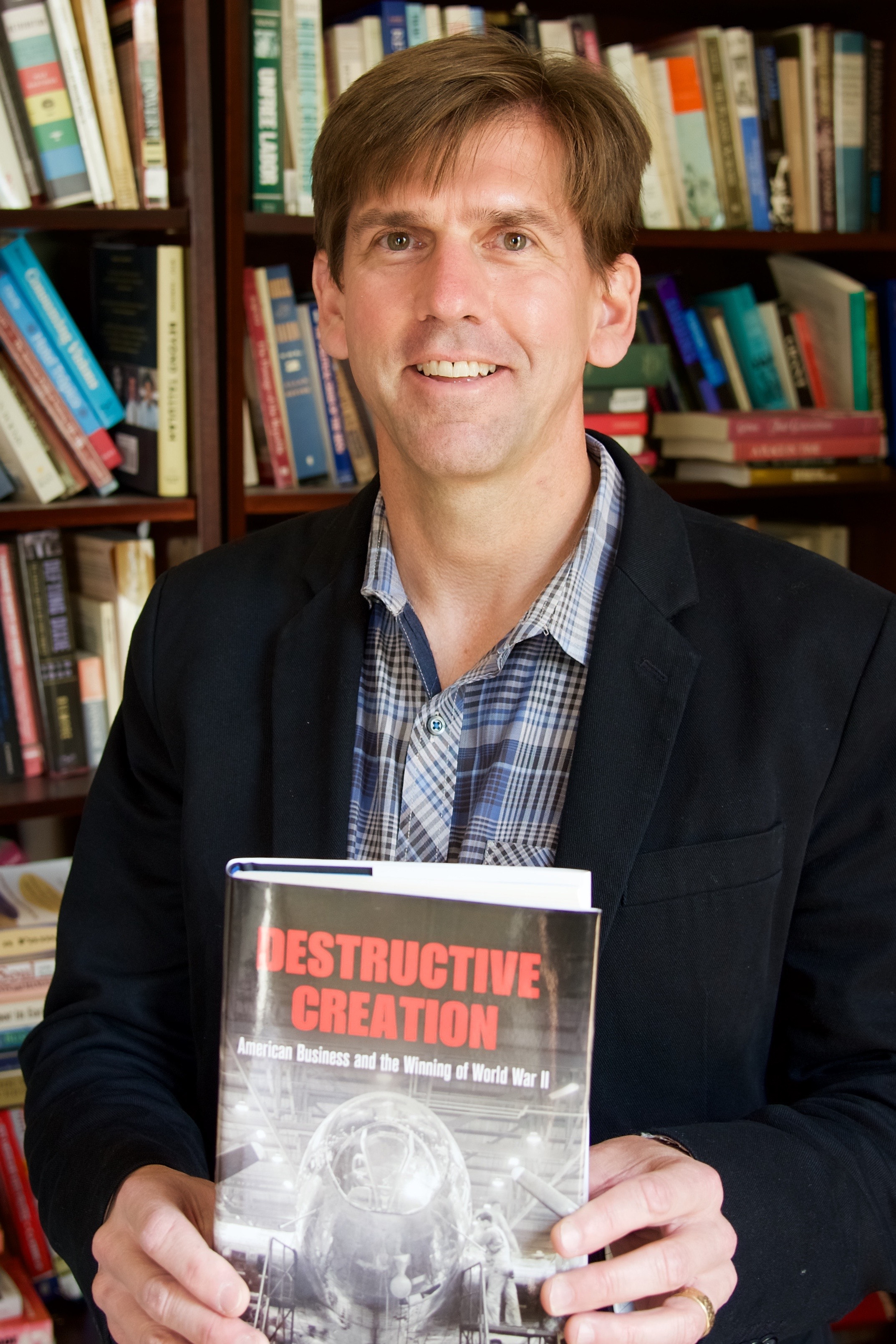 UNC Charlotte history professor Mark Wilson has won two top international prizes from the Business History Conference for his book, Destructive Creation: American Business and the Winning of World War II, including the Hagley Prize for the best book in business history in the previous year.

Wilson also was co-recipient of the Gomory Prize, in the first time a scholar has won the organization’s two major book awards.

Wilson’s book takes a fresh look at how the United States transformed its massive economic capacities into military might, which proved critical to winning the war against the Axis powers. His research has uncovered information in business and military records that shows not only cooperation, but also antagonism in the American business community to what was seen as over-reaching regulation by the wartime government.

The Business History Conference offers the Hagley Prize jointly with the Hagley Museum and Library, one of the nation’s most significant research libraries dedicated to the history of business. The award is particularly focused on innovative studies that have the potential to expand the boundaries of the discipline and includes a medallion and $2,500 prize.

The Ralph Gomory Prize, made possible by the Alfred P. Sloan Foundation, recognizes historical work on the effects of business enterprises on the economic conditions of the countries in which they operate. The co-winner was Johan Mathew of Rutgers University. The Business History Conference awarded the prizes on April 1, 2017 at its annual meeting in Denver.

“Receiving these two prestigious prizes is a humbling experience,” Wilson said. “I am honored to join the ranks of previous recipients, who are leading scholars in the business history field. I hope that my book helps students, scholars, and general readers to better understand the history of World War II and its relationship to longer-run economic and political developments. As we face new challenges in the twenty-first century, looking back to the record of the mobilization for World War II may help us to think more creatively about responding to major problems.”

Wilson did research in the archives of companies that made weapons for the war and in military and government archives. His search led him to the records of Boeing, Ford, DuPont, the businesses owned by Henry Kaiser and other important war contractors, with research funding provided by the National Endowment for the Humanities, UNC Charlotte and others. The University of Pennsylvania Press published his book in 2016.

The Business History Conference is a tax-exempt, not-for-profit organization devoted to encouraging all aspects of research, writing, and teaching of business history and the environment in which business operates.