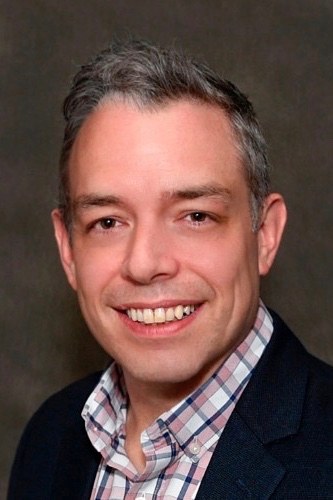 Fellows distinguish themselves in a variety of ways, including path-breaking contributions to the cell stress responses and molecular chaperones field, and through service to the society.

Truman’s cancer research uses quantitative proteomics, molecular biology, systems biology and model organisms to understand the role of molecular chaperones in cancer. Chaperones are proteins that interact with, stabilize, or help other proteins to acquire their shape or structure without remaining in the final structure.

Truman joined the faculty at UNC Charlotte in 2015, after a stint as a research professional at the University of Chicago. He earned his doctoral degree in biochemistry at University College London, UK, focusing on the interplay between molecular chaperones and MAP kinase pathways in yeast. He also worked as a postdoctoral scholar at Johns Hopkins University and Boston University.

In addition to his collaborative research with colleagues worldwide, and his mentorship of emerging researchers, Truman was one of the three primary organizers of the society’s “First Virtual International Congress on Cellular and Organismal Stress Responses,” on Nov. 5 and 6.

Truman also has published a number of academic papers in Cell Stress & Chaperones, the society’s integrative journal of stress biology and medicine, as well as other journals. Most recently, he is a co-author, of a paper featured on the cover of the November issue of The FEBS Journal, along with doctoral student Nitika and colleagues. Another recent paper was published this summer in the Journal of Biological Chemistry, also with Nitika and colleagues from other institutions.

Check out Truman and his lab on Twitter: @TrumanLab