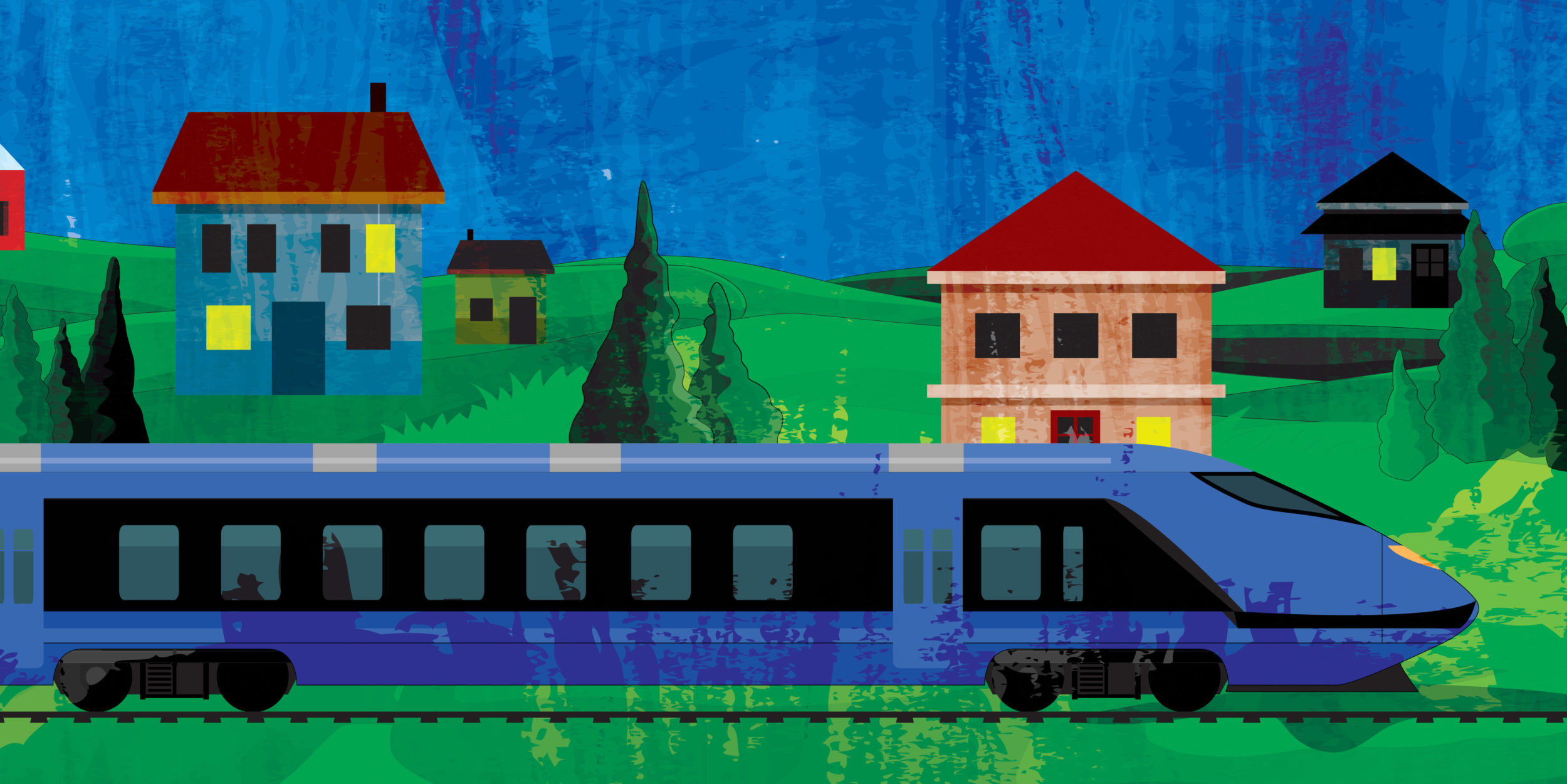 For students, the new light rail line means a quicker connection to jobs, internships, and cultural and entertainment options in Uptown Charlotte. Students also can take the train to classes, public lectures and cultural offerings at the UNC Charlotte Center City campus. For faculty and staff, the new line can mean a less stressful commute and convenient activities at the uptown campus. For community members, light rail similarly brings easier access to intellectual offerings and cultural and artistic assets at both campuses.

For researchers Isabelle Nilsson and Elizabeth Delmelle, the new line and the neighborhoods it passes through between Uptown Charlotte and the main campus represent a living laboratory for research exploring how transit investments affect neighborhood change and the implications for residential mobility and income segregation. The collaboration between the two assistant professors in UNC Charlotte’s Department of Geography and Earth Sciences is supported by National Science Foundation funding for a large-scale mixed-methods study of neighborhoods along the Blue Line Extension. The research comes at a time when Charlotte is reckoning the effects of an affordable housing crunch, rising rents and the city’s rank in a national study as 50th out of 50 large metro areas for economic mobility. Nilsson and Delmelle have published a related article in the Journal of Transport Geography. In the article, “Transit Investments and Neighborhood Change: On the Likelihood of Change,” the team examined nine metropolitan areas that had invested in new light rail or heavy rail systems since 1980 to determine whether and how neighborhoods containing new transit stations changed compared to nontransit neighborhoods.

“One of the main takeaways was that the majority of a neighborhoods, as we looked at them, did not change after a transit station was placed there,” says Delmelle.

While the study that yielded the first article did not include Charlotte, Nilsson and Delmelle say similar changes are likely here. “You have already started to see that with apartment development along North Tryon Street,” says Nilsson.

Research on the neighborhood effects of rail transit lines is nothing new. Geographers, criminologists and political scientists, including colleagues in the College of Liberal Arts & Sciences, have studied the effects of transit investments on crime rates and property values. Now, Delmelle and Nilsson’s contribution in their latest paper – and in their future research – includes a broader look at the factors that define a neighborhood.

“Property values (in a neighborhood) might go up, but that might not mean that the neighborhood has really changed,” says Delmelle. “It doesn’t feel different. That doesn’t lead to big changes.” Building on Delmelle’s previous scholarship on neighborhood classifications, the team in its study reported in the Journal of Transport Geography grouped neighborhoods into five types based on several demographic, economic and housing-related factors such as housing age and vacancy. Those types included Impoverished, Blue Collar, Young and Educated, New Single Family, and Stable Single Family neighborhoods. The study will include in-depth interviews with residents in neighborhoods along the line as well as focus groups with city officials, housing advocates and Realtors on perceptions of affordability and who is moving in and out of these neighborhoods.

“Part of the study is to identify where people actually move and what impacts that might have on income segregation,” says Delmelle. “Do (transit investments) contribute to rising levels of income segregation?” While preliminary results indicate that people are less likely to move out of rail transit neighborhoods, Nilsson and Delmelle note that overall trends in neighborhoods and individual impacts are separate issues, on which the in-depth study is expected to provide insight.

The topic of mobility – both in transportation and economics – is timely in Charlotte. In 2017, corporate, philanthropic, educational and political leaders in Charlotte issued a call to action through the Opportunity Task Force, calling for increasing the opportunity for low-income residents to move up the economic ladder. Research on transit neighborhoods could be one piece of a large and challenging puzzle.

“If lower-income people are being displaced from a new mobility option, that can have severe consequences on economic mobility,” Delmelle says. “We definitely see our research fitting into that conversation.”

This story originally was published in the spring 2018 issue of the College’s Exchange print magazine. This and other stories detailing the research of CLAS can be found in various issues of the magazine posted online. This research has continued, as documented here and here.