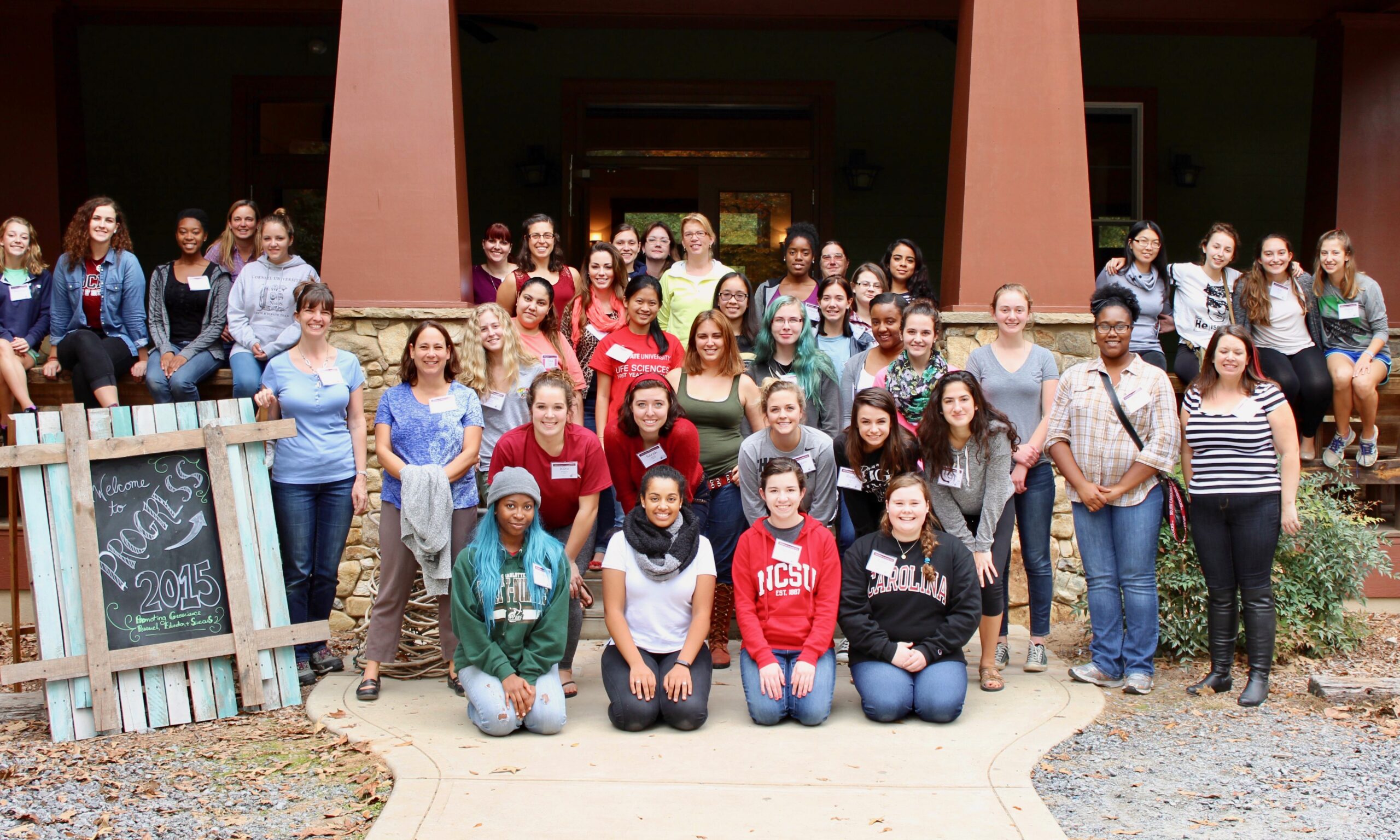 A mentoring program co-led by UNC Charlotte researcher Sandra Clinton that aims to retain undergraduate women in the geosciences has received $3 million in new funding from the National Science Foundation. The PROGRESS PROmoting Geoscience Research, Education and Success program is using the funding to expand its work to new areas and to research if new methods of delivery will be successful.

“We have put into place tools that help build the skills of undergraduate women studying in the geosciences, including online discussions and resources on topics including writing and networking,” said Clinton, a research assistant professor in the Department of Geography and Earth Sciences who leads the initiative in the Carolinas.

“We also have hosted workshops, to allow the students to experience the excitement of discovery, and to build networks with other female students,” she said. “Connecting virtually and in person with successful female role models and mentors exposes them to the community of female scientists. We know that all of these things can influence how they see themselves as scientists, and ultimately, influence their decisions on their careers.”

The initiative also made the shortlist for the international Nature Research Awards for Inspiring and Innovating Science. Nature Research tapped the effort as one of just six finalists for its Scientific Outreach Award.

The Nature Research awards, presented in partnership with The Estée Lauder Companies, support the achievements of women in science, and of those who encourage girls and young women to engage with STEM subjects and women to stay in STEM careers. Nature Research defines STEM as natural sciences, technology, engineering, mathematics, and medicine.

PROGRESS participants are five times more likely to persist in geosciences compared to their peers as a result of their mentor networks, role models including faculty mentors, and a strong sense of scientific identity, the studies show.

Clinton collaborates with colleagues at project lead Colorado State University, Colorado College, Texas A&M University, and University of California-San Francisco. With the new NSF funding, the interdisciplinary team will scale up PROGRESS to include a larger number of regions, more diverse types of higher-educational institutions, and broadened participation of women from underrepresented and minoritized groups.

The project team will use a longitudinal experimental research design to consider whether the program’s benefits scale up for multiple underrepresented groups and for women with intersectional identities. The researchers will explore whether the benefits of PROGRESS remain consistent when male mentors are included. They will also research the success of a train-the-trainer model, which would allow additional expansion.

The most recent study related to the PROGRESS program was published in Nature Communications Earth and Environment in August.

As an earth and environmental scientist, Clinton has researched a diversity of ecosystems including Boreal Shield lakes, desert streams, floodplain rivers, urban streams, and managed systems such as wastewater treatment facilities. Her current research is focused on understanding human impacts on the structure and function of stream ecosystems. She earned a doctoral degree in forest resources from the University of Washington, a master’s degree in zoology from Arizona State University and a bachelor’s degree in biology from McGill University.

Top image: Students from UNC Charlotte, the University of South Carolina, and NC State University participate in a workshop in 2015. (Photo courtesy of Sandra Clinton)