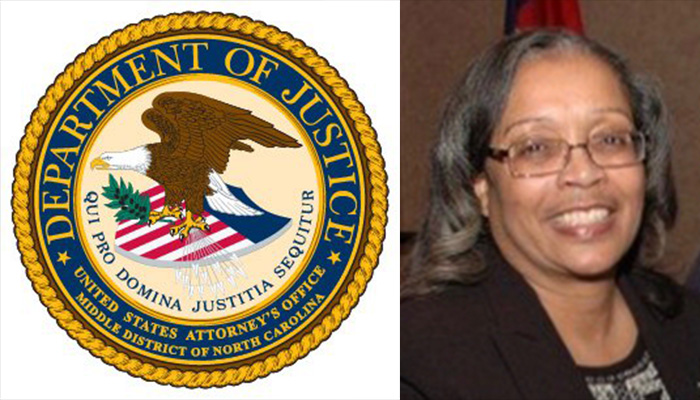 The U.S. Senate confirmed UNC Charlotte alumna Sandra J. Hairston as United States Attorney for the Middle District of North Carolina, making history with her selection as the first Black woman to serve as the district’s top prosecutor.

Hairston, who earned a bachelor’s degree in English from UNC Charlotte in 1981 and a J.D. degree from the North Carolina Central University School of Law in 1987, has served as acting United States attorney in the Middle District since March. The district covers 24 counties in the middle of the state, including Guilford, Forsyth, Durham, Surry and Scotland counties.

Hairston is giving a community talk on Wednesday, March 23, 2022 at 4 p.m. in Fretwell 100. There is no charge for attending the event.

President Joe Biden nominated Hairston, Michael Easley Jr., and Dena King for U.S. Attorney positions in North Carolina along with nominees for positions in other states. U.S. Senators Richard Burr and Thom Tillis had recommended the nominees, and the Senate unanimously confirmed them on Nov. 19, 2021. Chief Judge Thomas J. Schroeder administered the oath of office to Hairston on Nov. 23, 2021.

“These individuals were chosen,” the White House stated when announcing the nominees, “for their devotion to enforcing the law, their professionalism, their experience and credentials in this field, their dedication to pursuing equal justice for all and their commitment to the independence of the Department of Justice.”

Hairston is described as a dedicated public servant who has earned respect. She began her legal career in 1987 as an assistant district attorney in the 13th Prosecutorial District of North Carolina, then joined the U.S. Attorney’s Office as an assistant U.S. attorney in 1990. Over 30 years of service, she has been deputy chief of the criminal division, lead attorney in the Organized Crime Drug Enforcement Task Force section and first assistant U.S. attorney. She also served as chief of the Criminal Division in the United States Attorney’s Office for the Eastern District of North Carolina.

In 2002, Hairston received the Director’s Award from the Executive Office for United States Attorneys for Superior Performance as an assistant United States attorney. She was the 2015 recipient of the Peter S. Gilchrist III Award, given by the Criminal Justice Section of the North Carolina Bar Association to a prosecutor “who exemplifies the highest ideals of the profession.”