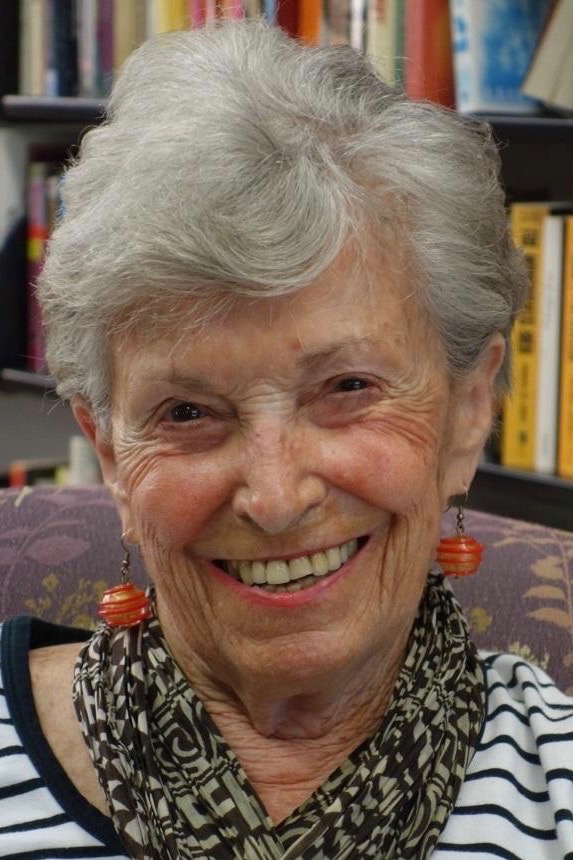 Longtime UNC Charlotte professor Dr. Susan Cernyak-Spatz passed away on Nov. 17, 2019. Born in Vienna in 1922, Dr. Cernyak-Spatz spent her childhood enjoying theater, opera, and dance, as well as the study of history and languages. She moved with her family to Berlin in 1929, where they witnessed Hitler’s rise to power. The family escaped to Prague in March 1938, only to come under Nazi rule once again, when Hitler ordered German troops to occupy Czechoslovakia in March 1939. Her father escaped to Belgium shortly before the German invasion of Poland, but the Nazis arrested and eventually deported Dr. Cernyak-Spatz and her mother to the Theresienstadt/Terezin ghetto in 1942.

She survived two long years at the Auschwitz-Birkenau death camp—then the Ravensbrück women’s concentration camp as well as a death march—before liberation in May 1945. Her mother was murdered in one of the death centers in German-occupied Poland. After liberation by the Allies and eventually reuniting with her father, she married Bernard Fishman, an American serviceman, arriving in the United States in 1946.

Dr. Cernyak-Spatz was a pioneer of Holocaust Studies, a field that barely existed when she earned her Ph.D. in 1971. She taught German Language and Literature in the Department of Languages and Culture Studies at UNC Charlotte from 1972 to 1992. Dr. Cernyak-Spatz was instrumental in the creation of Holocaust studies at our university and in the creation of our Center for Holocaust, Genocide & Human Rights (HGHR) Studies.

For the last four decades, she gave countless talks at schools, community centers, synagogues, and universities in the United States, Germany, and elsewhere. She was unyielding in her efforts to prevent the rise of anti-Semitism and any attempt to overthrow postwar democracies, especially in Central Europe. Dr. Cernyak-Spatz was a forceful advocate against the rise of anti-Semitism and white supremacy in North America and beyond and never tired of warning her many audiences about how dictatorship can arise, and about the necessity of “thinking critically and maintaining your humanity and solidarity with others,” as she explained in her last talk on our campus, in February 2018.

Dr. Cenyak-Spatz’s memoir, Protective Custody: Prisoner 34042, was published in 2005, and was been the basis of a documentary film. It also was the inspiration for a theatrical production that saw its world premiere this month, presented by Three Bone Theatre under the direction of famed Charlotte director Dennis Delamar.

In lieu of flowers, the family requests that donations be made in Spatz’s memory to either:

Articles, interviews, videos, and other resources about Dr. Cernyak-Spatz, including the statement released by her family, can be found at the home page of our Center for Holocaust, Genocide & Human Rights Studies.