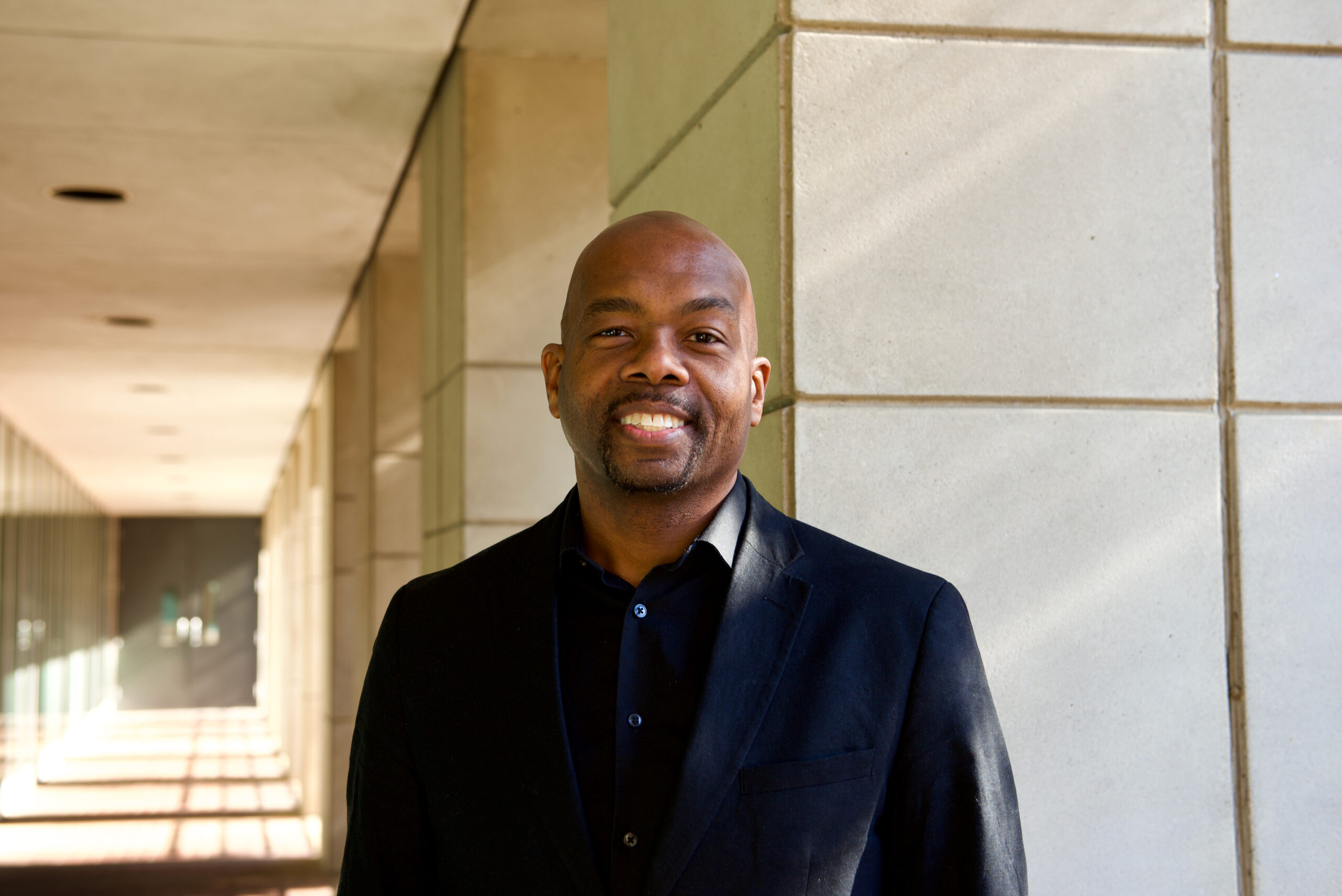 Over the past five years, Joseph Graham Jr. ’13, ’16 MA has gathered photos, thank-you notes, certificates recognizing academic honors, and other markers of his life and put them in an album.

“I’ve just been gathering items related to my experiences and my journey, not knowing exactly why, but believing I would be sharing them somehow, at some point,” Graham said.

That moment has arrived. Graham’s inspiring tale is one of three families’ accounts featured in “Grit & Grace: The Fight for the American Dream,” a documentary-style film produced by the U.S. House Select Committee on Economic Disparity and Fairness in Growth. Narrated by EMMY® award-winning actress Sarah Jessica Parker, the movie features narratives from across the country showing what it means to find economic security and the diverse paths people are taking to get there.

The 30-minute motion picture, described by The Washington Post as an unprecedented break from the traditional output of Capitol Hill lawmakers, was screened at the National Archives at a special premiere event Tuesday, Dec. 13. In addition to the featured families, the project also included members from the bi-partisan committee who have experienced economic hardship and insecurity.

Graham’s story draws from lessons he learned growing up in New Jersey in the midst of racism while attending a predominantly white school, doing outreach work with students on Charlotte’s campus starting in the 1990s, completing undergraduate and graduate degrees at Charlotte, being a single dad, and ministering to others.

Graham hopes that viewers take away several points from seeing and hearing his story.

“I want people to see the love of Black fatherhood,” he said. “That’s not always seen. I truly do love and embrace my children. That’s not always a popular thing seen in mainstream media.” Central to his life is his love of his children, Kwabena Udo, and JT, Jayla and Journey Graham.

“I also want people watching the film to see how it highlights the fact that, even in 2022, dealing with institutional racism and systematic racism as a person who dealt with it in their childhood and still deals with it in professional spaces — and it being part of the work you do — does cause wear-and-tear. It’s not like regular personal life stuff gets put on pause while you fight for justice.”

Graham’s life revolves around diversity, equity and inclusion. He is senior pastor of Road to Damascus Christian Church, an author, researcher, educator, songwriter, poet and public speaker. He is also the chief executive officer of Equity on Everything, LLC, which partners with corporations, organizations and institutions on diversity, equity and inclusion goals and objectives. He accepts speaking engagements and offers professional development services and faith and mental health coaching

“When I got my master’s degree at UNC Charlotte,” Graham said. “my thesis was on race, resegregation and the school-to-prison pipeline in Mecklenburg County. I have stayed connected to that research. It’s very much the story of my life. I was that Black child dealing with institutional racism. So, when the filmmakers called me up and asked me about my journey, I felt like my life was cumulative, that my experiences were preparing me for this moment, to share this story.” Mutual contacts had brought his name to the filmmakers.

Before starting classes at Charlotte in 2010, Graham already was a familiar figure on campus. In 1999, he founded the Road to Damascus campus outreach program, offering what he called the Power Hour. The student gathering kept outgrowing its meeting spaces, as thousands of students over the decades have found comfort and inspiration. He has partnered with a number of student organizations through the years, and focused on students who were struggling, whether with abuse, depression, stress or simply balancing life’s demands.

Graham enrolled in classes at Charlotte with the encouragement of students attending his outreach sessions. He earned a bachelor’s degree in Africana studies in 2013, with minors in religious studies and sociology, followed by a master’s degree in sociology. Meanwhile, Graham dealt with the deaths of his parents, followed shortly afterwards by divorce.

Throughout, mentors at Charlotte offered support as he studied, conducted research and kept up his outreach to other students on campus. Scott Fitzgerald, then a sociology professor and now Sociology Department chair, noticed that Graham’s customarily stellar academic work was slipping. Graham told Fitzgerald about his struggles, and followed up on the professor’s reminder that Charlotte had counseling services available for students.

He calls his move to seek counseling the best decision of his life, and has come to realize that he had used religion to hide from trauma, ironic since he had encouraged so many others to seek counseling. His realization is a centerpiece of his new book, “LIGHT UP: A Guide to Balance Faith and Mental Health.”

Fitzgerald brings particular expertise to the film’s topic. “Having spent most of my career teaching and doing research on these topics I see the potential that storytelling has for helping broaden the conversation,” he said. “Understanding the variety of challenges that people across the country face is essential to collectively working towards an economy and system that benefits everyone. This bipartisan effort is a great step in that direction.”

Fitzgerald eagerly anticipates the classes Graham will teach in the spring in the Department of Sociology and the Women’s and Gender Studies Program in Interdisciplinary Studies.

“Joseph’s story has many layers but at the heart it is a story of resilience, compassion, hard work, and the power of education,” Fitzgerald said. “It is fitting that he is continuing his journey with UNC Charlotte and the College of Liberal Arts & Sciences by becoming an adjunct faculty member and seeking to inspire and guide our students. He is a dynamic and thoughtful person who is going to create amazing learning opportunities for our students.”

In his classes, Graham plans to continue to draw on what he has witnessed through the years. “I hope to bring some authentic experiences to the subject matter, that it causes the information we are learning, that we are reading, to come off the pages,” he said.

Much like his story transcended the pages of his keepsake album onto the big screen.