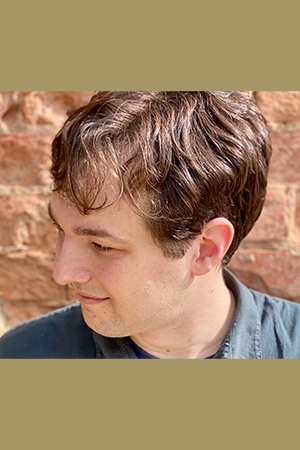 For his translation of Hiroko Oyamada’s novella The Hole, UNC Charlotte Assistant Professor of Japanese David Boyd has won the coveted Japan-United States Friendship Commission Prize for the Translation of Japanese Literature, presented by the Donald Keene Center of Japanese Culture at Columbia University.

“This award is a great honor for Dr. Boyd and for the Department of Languages and Culture Studies, and our students are lucky to be learning about translation from such a talented professional,” said department Chair Michèle Bissière. Boyd won the same national prize in 2018 for his translation of Slow Boat by Hideo Furukawa (Pushkin Press, 2017).

The Hole (New Directions, 2020) has been featured in national media, including The New York Times, The Seattle Times, The Japan Times, and The Boston Globe, and has won accolades from reviewers and readers.

“[The Hole] tells a fantastical story, as translated by David Boyd, in which increasingly bizarre illusions blend into reality, with a reclusive adult at the center,” wrote Booklist, the book review journal of the American Library Association. “Oyamada unsettles readers, not allowing us to remain comfortable in the reality she creates, which makes for a beguiling read.”

Writer, translator and editor Alex Andriesse wrote about the book in Boyd’s translation, “The Hole is Oyamada’s second novel, and the second to be translated into pitch-perfect contemporary English by David Boyd….Brilliant.”

“What seems to grab most readers of The Hole,” Boyd said, “is not any particular scene, but the atmosphere: suffocating heat, buzzing cicadas. There’s a lack of momentum in the book. The narrator’s stuck at home, and her perception of time soon starts to warp. This is what made it such a joy—and a challenge—to translate. A few reviewers have pointed out that the English translation of the novella, which was originally published in 2014, has taken on a new significance by appearing during the pandemic, when so many of us are spending our days inside, just like the story’s narrator.”

Oyamada’s third novella to be translated into English, tentatively titled Weasels in the Attic, will be published by New Directions in late 2022, also in Boyd’s translation.

“As a practicing translator, I’m usually drawn to the sort of work that gets labeled as ‘untranslatable’,” Boyd said when he joined UNC Charlotte’s faculty. “The more puzzling the text, the better.”

Breasts and Eggs was named one of TIME magazine’s 10 Best Books of 2020; it was also longlisted for the National Translation Award, and shortlisted for the Warwick Prize for Women in Translation. Heaven received rave reviews in The New Yorker and The New York Times when it was published in 2021.

In addition to his work with literary fiction, Boyd has published translations of seven children’s books since joining the UNC Charlotte faculty. The most recent, Little One by Kiyo Tanaka, was published by Enchanted Lion Books in December 2021. Boyd is currently working on a translation of the eighth installment in the wildly popular Chirri and Chirra series by author Kaya Doi. It will be published by Enchanted Lion later this year.