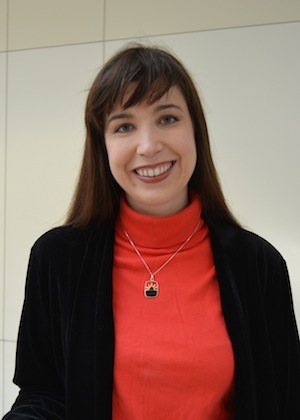 UNC Charlotte English Associate Professor Aimee Parkison was one of 15 artists across the state who received the 2013–2014 North Carolina Arts Council Artist Fellowship Award in the categories of songwriting, composing and writing.

Artists receive a fellowship to support creative development and the creation of new work. Recipients were selected by panels comprised of artists and arts professionals with expertise in each discipline. The N.C. Arts Council’s Artist Fellowship program operates on a two-year rotating cycle by discipline. For more information visit www.ncarts.org. Two other Charlotte-area artists, John Allemeir and Kathryn Schwille, received fellowships in late October 2013.

John Allemeier, associate professor of composition in the Department of Music, also received a 2013-14 North Carolina Arts Council Artist Fellowship Award in the categories of songwriting, composing and writing. Fellowships are awarded to artists to support creative development and the creation of new work. Recipients were selected by panels comprised of artists and arts professionals with expertise in each discipline.

Allemeier’s most recent recording project is a set of three chamber music compositions inspired by North Carolina murder ballads. A subgenre of traditional ballads, they are folksongs whose lyrics recount the narratives of notorious murders.

“Authenticity comes from sensitivity,” Parkison said. “That’s what makes art powerful and dangerous — you have to feel everything so deeply to create something meaningful and authentic.”

Psychological and “psychic” danger grows out of that higher level of sensitivity, which leads to vulnerability, and can sometimes be deeply painful, as the soul tries to protect itself from harm once the sensitivity becomes too great, she said. “Creative risk is the same risk as with extreme intimacy,” she said. “To be an artist — a creative writer — one has to be open and to remain open so that the pleasure and pain of others influences the work. That’s what it means to ‘create’ a character, a mood, a voice, or a story that sings lyrically and universally with pleasure, pain, joy, depression, sensuality, or fear — any real and deeply felt emotion that moves from the page to the reader’s heart and mind.”

“The truth has to be mined, uncovered, searched, sought for— language can lead to a hidden truth, as in poetic or surrealist moments, when language uncovers a truth we didn’t know we knew,” Parkison says. “Sometimes, writing a realistic story about risky subject matter leads to telling the truth in a courageous manner because our characters can say things that we are not encouraged or allowed to say, at least publically. Sometimes our characters will tell us a truth we need to know, something we once knew and have somehow forgotten.”

The North Carolina Arts Council works to make North Carolina The Creative State where a robust arts industry produces a creative economy, vibrant communities, children prepared for the 21st century and lives filled with discovery and learning. For more information visit the website.

The N.C. Arts Council is a division of the N.C. Department of Cultural Resources, which annually serves more than 19 million people through its 27 historic sites, seven history museums, two art museums, the nation’s first state-supported Symphony Orchestra, the State Library, the N.C. Art Council, and the State Archives. The N.C. Department of Cultural Resources serves as a champion for North Carolina’s creative industry, which employs nearly 300,000 North Carolinians and contributes more than $41 billion to the state’s economy. To learn more, visit the website.