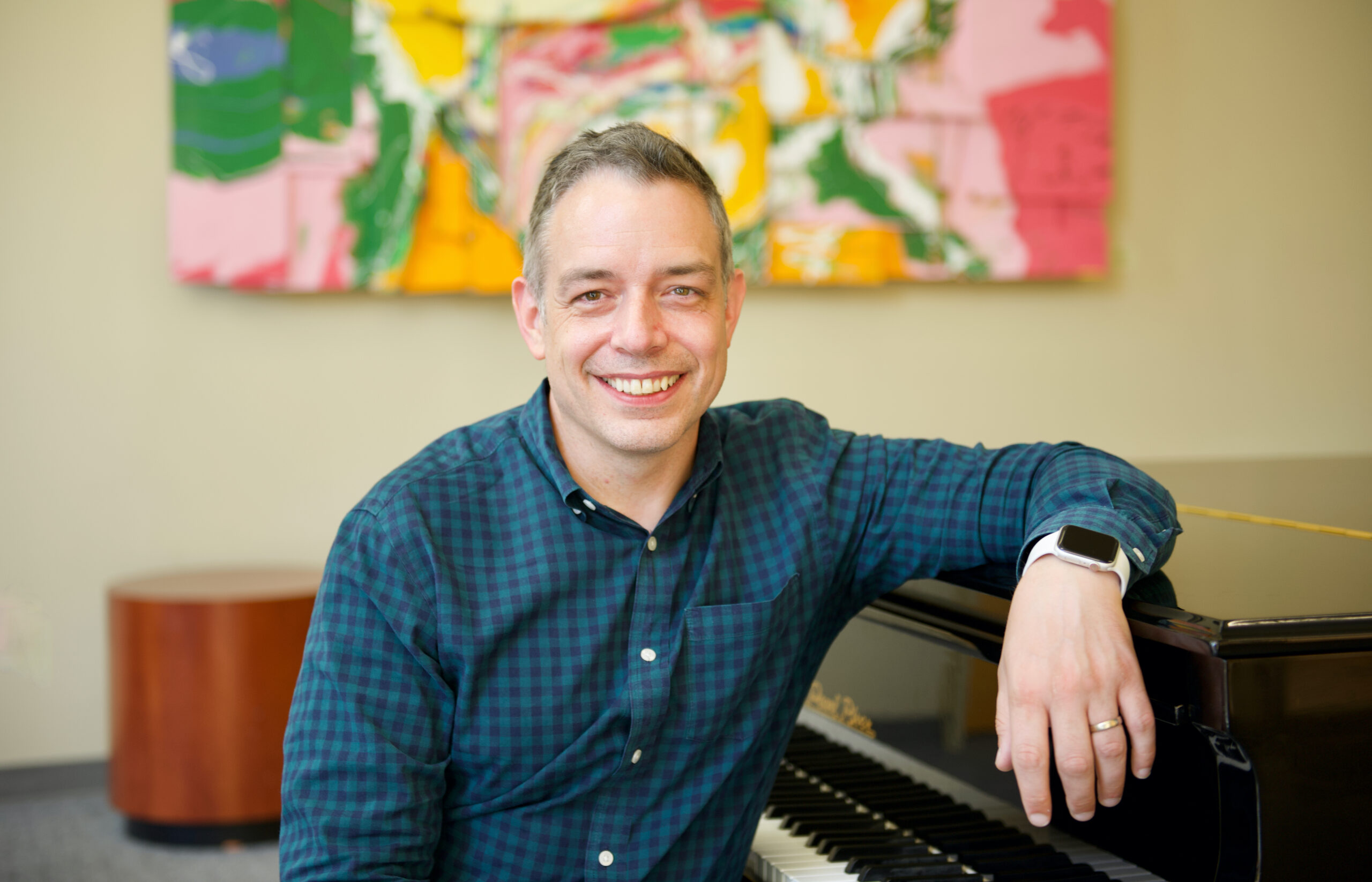 For UNC Charlotte biochemist Andrew Truman, a quest for new and better treatments for cancers and neurological diseases drives his research into protein folding and the DNA damage response, along with his desire to advance science broadly. To fund his work, he has received three significant National Institutes of Health (NIH) grants expected to total $2M.

“These are real things that affect real people. They are not theoretical.”

“Working in our labs, we are curious to understand how cells function,” Truman says. “But there are people all over the world affected by these illnesses. We are very privileged to have funding from the NIH to drive this research forward.”

When proteins are created in cells, they resemble unwound balls of string. The strands must be wound and folded into specific shapes for proteins to become active. Unraveling the mysteries of these complex processes – and how they influence the development and potential treatment of diseases – shapes the research.

“This winding and folding function is performed by what are known as chaperone proteins. These proteins are present – and nearly identical – in all organisms from bacteria to yeast, frogs, mice, humans and other organisms,” explains Truman, an associate professor in the Department of Biological Sciences in the College of Liberal Arts & Sciences.

The molecular chaperone proteins can be useful, but they can also cause harm, such as when their actions contribute to the development of tumors.

Truman’s lab specifically studies the Heat shock protein 70 (Hsp70) chaperone. Hsp70 – a sort of housekeeping protein – is found in all organisms from bacteria to human cells and is essential for their survival.

“Hsp70 is there at the birth of proteins, helping new proteins to fold,” he says. “When proteins become too badly damaged to function, Hsp70 is there to escort them to be recycled by the cell. In a sense, Hsp70 guards our proteins throughout their lifetime.”

Although many groups across the world study molecular chaperones, Truman’s research group has been a significant pioneer in understanding the many modifications to Hsp70, a concept known as the “Chaperone Code.”

“We like to think of Hsp70 as a piano,” Truman says, “with each phosphorylation being a key on that piano. Pressing the keys in combination – adding a specific pattern of phosphorylations – produces a particular song.” Phosphorylation occurs when a phosphate group is added to a molecule.

“This is a unique way of looking at Hsp70,” he elaborates. “Our current mission is to decipher the regulation and role of the chaperone code.”

“By understanding and manipulating the chaperone code, we expect to uncover the secret inner workings of the cell.”

Cracking the chaperone code is no easy task, given the huge number of phosphorylations on Hsp70, with over 85 currently identified.

“Some are not easy to detect, and we don’t have a clear idea of what most of these modifications do or how they’re added or removed from the chaperone proteins,” he says. “That’s fascinating from a biological perspective generally. Chaperones are fundamental to life. On the other hand, we’re also interested in the connection between the chaperone code and human illnesses. We hope to generate new medicines that alter the code, stopping the chaperones from working in cancer cells, while enhancing their protein folding ability in neurodegenerative diseases like Alzheimer’s or Huntington’s.”

The lab’s research draws from the varied areas of protein biochemistry, molecular biology, quantitative proteomics (study of sets of proteins), systems biology, bacterial and yeast genetics, model structures, and cell culture technologies. The team, including graduate and undergraduate studies students, collaborates with colleagues from around the world and has published over 40 studies to share their research.

In 2020, the first virtual “International Symposium on The Chaperone Code,” organized by Truman, Mollapour and Bourboulia, drew over 300 attendees. They also host speakers monthly in an exciting virtual “chaperone code club” forum.

Closer to home, Truman is a member of the UNC Charlotte Genome Integrity Group, which studies how cells respond to DNA damage, alteration of which is a major hallmark of cancer. Core members include professors Christine Richardson, who is interim chair of the Department of Biological Sciences, Shan Yan, Kausik Chakrabarti and Junya Tomida. “Each member of the genome group works with different kinds of technology and organisms. We tightly collaborate with each other on several projects, and we’ve applied for grants together,” Truman says.

Truman joined the faculty at UNC Charlotte in August 2015. He had gained experience in postdoctoral positions at the University of Chicago, Boston University, Johns Hopkins Bloomberg School of Public Health, and Sheffield University, UK after earning a doctorate in biochemistry at University College London, UK. He was promoted to associate professor with tenure in July 2021. He is a fellow of the Cell Stress Society and is a senior editor for the scientific journals Cell Stress and Chaperones and Frontiers in Molecular Biosciences.