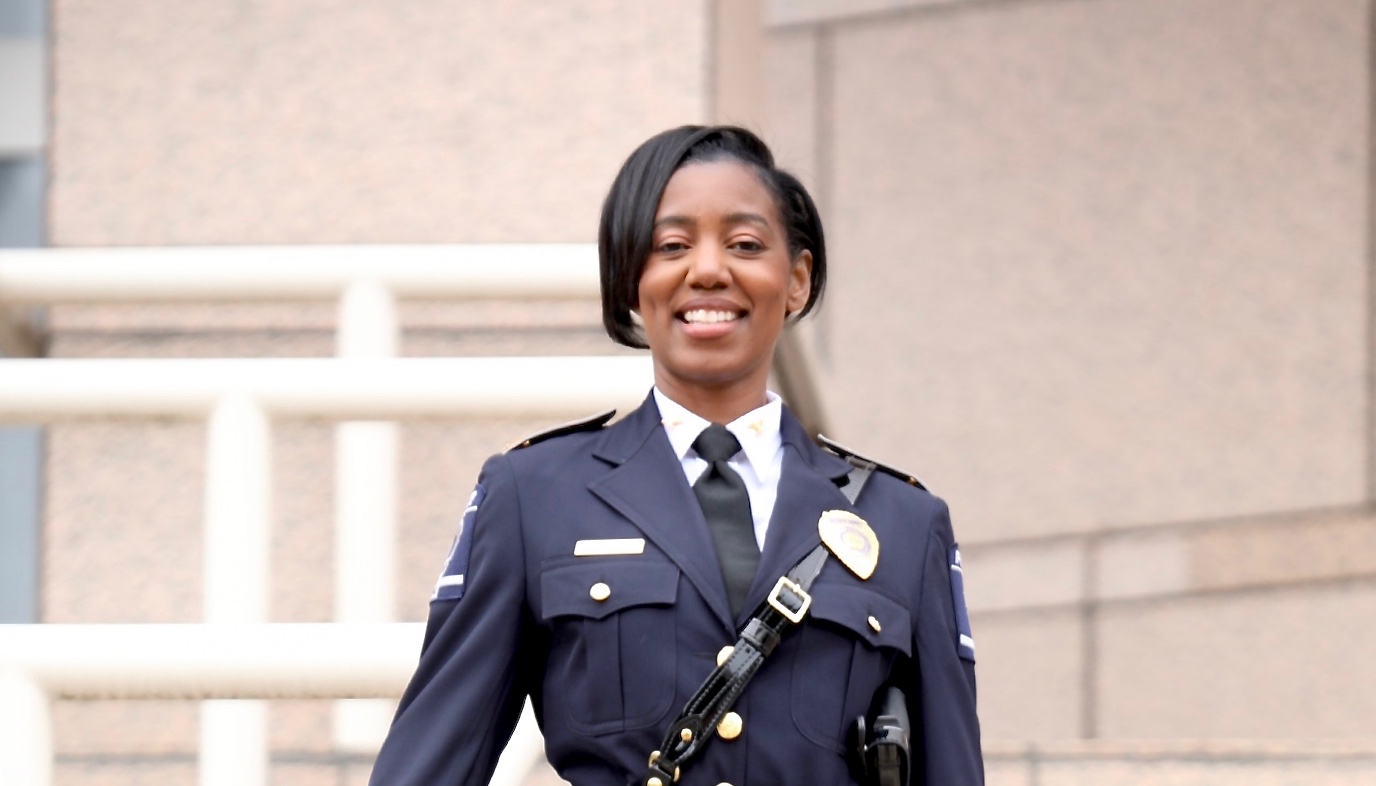 UNC Charlotte alumna Estella Patterson ’96 is the new police chief for the city of Raleigh, N.C., chosen following a competitive national search. She will take office Aug. 1, succeeding Cassandra Deck-Brown, who is retiring.

The Raleigh police chief position attracted her because of her desire to push forward 21st century policing ideals, including transparency, accountability and integrity, Patterson indicated during a community forum with two other finalists.

“I am a person who holds myself to the highest standards,” she said. “In doing that, I will ensure those under me will do the same. In building trust and legitimacy with the community, you have to be connected.”

She called for a broad-based approach to confronting gun violence and other violent crimes.

“When we look at gun violence and all violence really, we have to recognize that this is a public health crisis,” she said. “The approach that we take to it can’t just be a linear approach. It’s really a collaborative approach that we have to have with a unified approach with partners from across all spectrums, all stakeholders. We need nonprofits, we need businesses (and) economic growth; we need the education system to really be effective.”

Patterson has been a member of CMPD since 1996, serving as patrol officer, instructor, division commander, recruitment director, and Internal Affairs commander. She earned a master’s degree in criminal justice from The University of Oklahoma in 2018 and is a graduate of the FBI National Academy.

As an undergraduate student, Patterson was a UNC Charlotte Army ROTC cadet. When she graduated, she was commissioned into the U.S. Army Reserve as a second lieutenant as she simultaneously became a police officer with CMPD.  She served in the U.S. Army Reserves from 1996-2005 and was assigned to a postal unit, where she completed two deployments, one to Kosovo in 2001 and a second to Iraq in 2003.

The postal unit traveled in the same areas as combat personnel, in what she describes as a fundamental, yet dangerous job. “You light up people’s faces when they see the mail coming,” she said in a story posted by CMPD about her dual career. “In a remote location like the desert, that’s the only thing keeping you going day-to-day. We didn’t have social media or cell phones. You were in the middle of nowhere, with no communication with the rest of the world.”

Patterson grew up in a family with military service and had anticipated serving in the military, but had not considered a law enforcement career. Her senior year at UNC Charlotte changed that, when she took several classes in the Department of Criminal Justice and Criminology and was drawn to service in law enforcement in addition to the military.

“The jobs intersect,” she said. “You’re part of teams that love to serve. In both jobs, people are so selfless and giving of their devotion and dedication. Both are callings. If you don’t enjoy serving and giving back, you won’t be successful in either job.”

Patterson has continued to give back to UNC Charlotte through volunteerism. Her engagement includes participating in panels with the Department of Languages and Culture Studies, helping students explore careers in criminal justice while they gain deeper understanding of the challenges faced by people for whom English is a second language.

She is currently president of the Greater Charlotte Chapter of the National Organization of Black Law Enforcement Executives and an executive board member of the N.C. Police Executives Association. She serves as a commissioner on the N.C. Education and Training Standards Commission, which regulates the training, certification, and policy-making for all police officers in North Carolina.

Patterson will be the 30th police chief of the Raleigh Police Department. “Now more than ever, leadership matters, community connections matter and I believe Estella Patterson is the right person for the job,” said City Manager Marchell Adams-David.