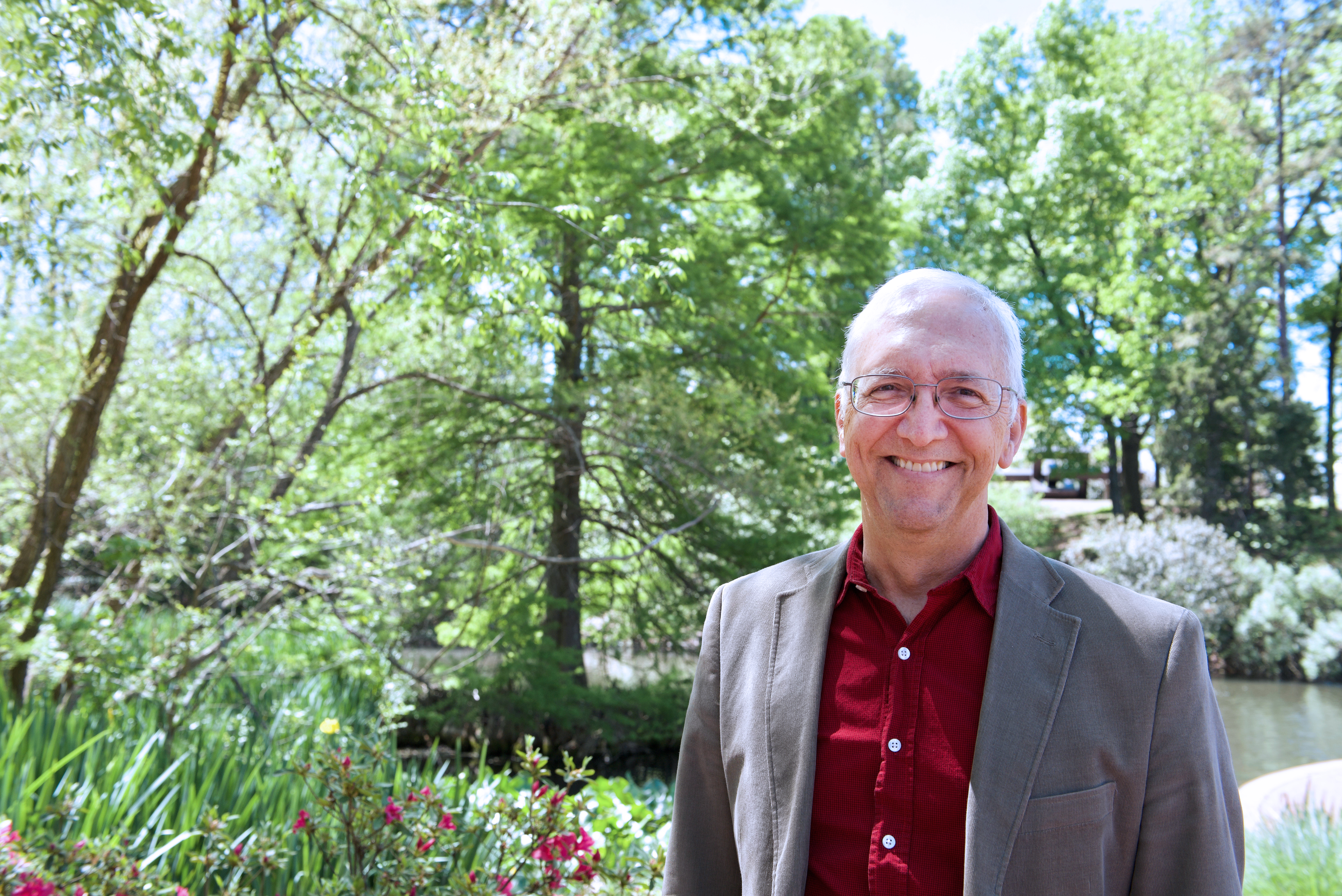 James Cook, a professor in the Department of Psychological Science at UNC Charlotte, has received the 2019 Outstanding Educator Award, a top award given by the Society for Community Research and Action (SCRA), Division 27 of the American Psychological Association.

The Outstanding Educator Award recognizes an SCRA member who has made exemplary and innovative contributions to the education of students about community psychology and community research and action.

The award recognizes Cook’s long-standing and far-reaching contributions to community psychology and community research and action through education. These include scholarly contributions to understanding the building of campus and community partnerships, and teaching a variety of community psychology-related courses at the graduate and undergraduate level. Cook will officially receive his award in late June at the organization’s biennial conference in Chicago.

“This is just a great honor to have my colleague Ryan Kilmer and our students nominate me, and then to have my national colleagues recognize the work that we have done to build a strong program here at UNC Charlotte,” Cook said. “This is clearly a recognition of the collective efforts of our students and faculty. It’s so great to have the spotlight put on our program again.” Members of the Council for Children’s Rights collaborative group, including Cook (second from the left), work together to address issues.

Students commented about the powerful and collaborative experiences they gain working with Cook, setting them on the path for success and preparing them to work for social change. Particularly noteworthy, the selection committee said, is the impact he has had on students who have gone on to practice community psychology in a range of settings. Letters of support also spoke about his “learning-while-doing” approach and his long history of facilitating class projects that benefit both students and community partners in meaningful ways.

Cook also played a critical role in the Community Psychology Training Program’s selection in 2013 for the SCRA’s Outstanding Program Award, in recognition of its innovative approach and focus on community research and action. To engage students in applied community efforts, the program builds enduring partnerships with local and state organizations.

Cook has received numerous awards in recognition of his work. Among them, the North Carolina Campus Compact, a coalition of 38 public and private colleges and universities, named Cook as the recipient of its 2014 Robert L. Sigmon Service-Learning Award. He was the first recipient of the Provost’s Faculty Award for Community Engagement, the predecessor to the Bonnie E. Cone Professorship in Civic Engagement. In 2009, he received the Governor James E. Holshouser, Jr. Award for Excellence in Public Service from the UNC Board of Governors.