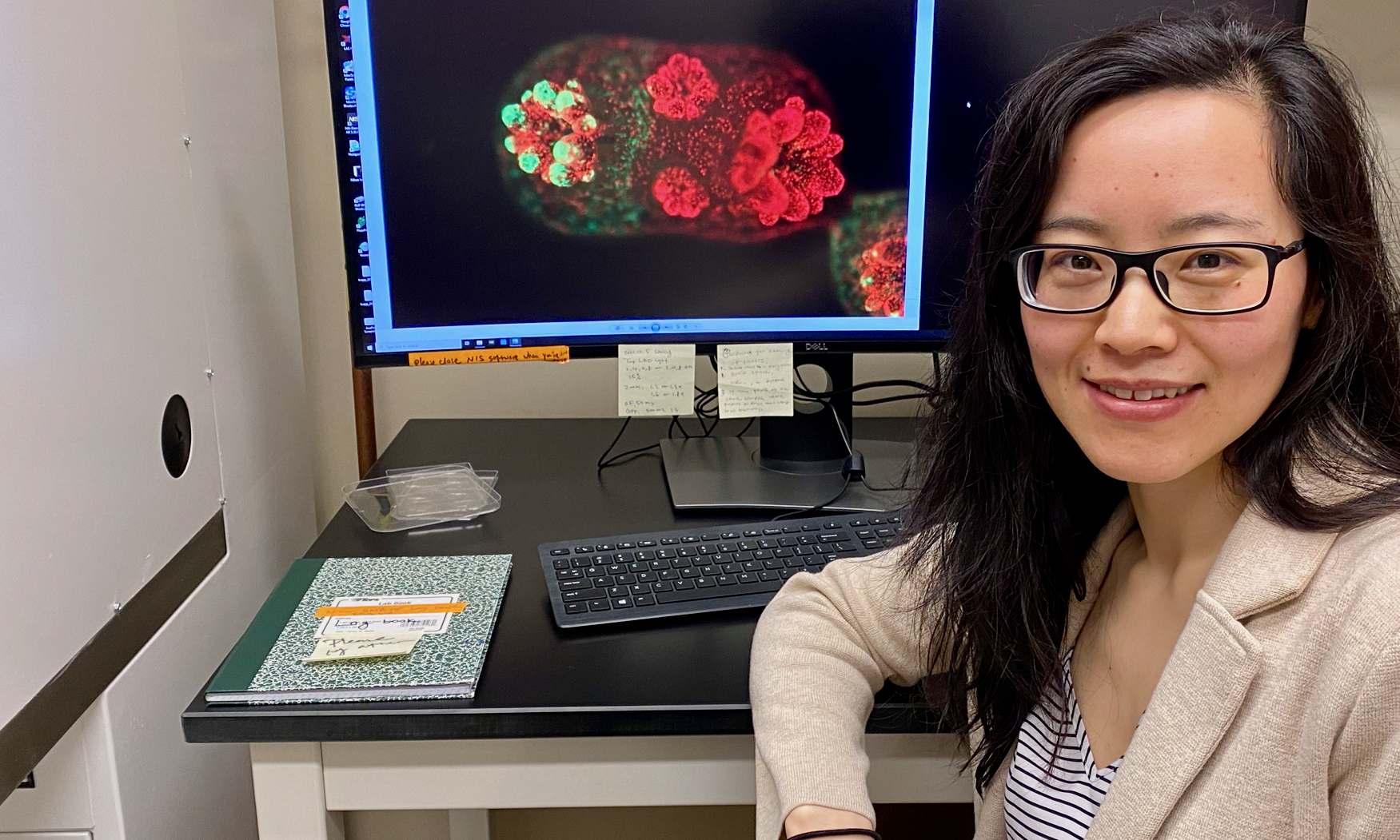 Corals are keystone species for reef and marine ecosystems, but coral bleaching due to climate change and ocean warming is killing them. A new open access study led by researchers at UNC Charlotte and the University of California, Riverside aims to shed light on how to reverse the damage and save corals.

Corals, together with sea anemones and jellyfish, belong to a group of animals called cnidarians that receive some of their nutrients through a symbiotic relationship with photosynthetic algae living inside their cells. High ocean temperatures cause a breakdown in the symbiosis, resulting in a ‘bleached’ coral that has expelled the algae. If symbiosis is not initiated within a few weeks, the coral starves to death.

The new study finds that although photosynthesis by algae is a key part of the symbiotic relationship, it is not required to initiate symbiosis.

Cnidarians form a mutualistic symbiosis with photosynthetic algae from the dinoflagellate family Symbiodiniaceae that live inside their host cells. The algae perform photosynthesis, fix carbon dioxide into sugars, and then give that to their hosts. Some species of coral are completely dependent on the food they receive from their algal symbionts and will die without it.

In return, the algae receive nutrients like nitrogen and phosphorus from the prey that the host catches. Photosynthesis is a key part of this symbiotic relationship, but it was not known if this symbiosis can form without photosynthesis.

“Our study highlights the power of forward genetic approaches to probe cnidarian Symbiodiniaceae symbiosis and provides a promising platform to answer key questions in symbiosis and ultimately develop strategies to save corals,” Xiang said.

The research team made the first mutants in Symbiodiniaceae algae – isolate mutants that lack the ability to photosynthesize – and used these mutants to investigate symbiosis with cnidarians.

“We were very excited to be able to generate six photosynthetic mutants and then use those mutants to start to probe the symbiosis between these algae and their hosts,” Jinkerson said.

The team introduced the mutant algae into seawater tanks that contained sea anemones (Exaiptasia pallida) that had not yet established symbiosis with any algae. After just one day the algae could already be found within the sea anemone’s tentacles, even without photosynthesis.

To learn if the algae could survive in sea anemone host tissue without photosynthesis for longer periods of time, the researchers infected some sea anemones in darkness with mutant and non-mutant algae and kept them in darkness for six months. Even after six months, algal cells were still observable in the sea anemone’s tissues. Although able to infect the host cells and maintain itself for six months, the algae did not reproduce and proliferate in number.

The research group also tested four other species of algae known to form symbiotic relationships with the sea anemones and found that they too could initiate symbiosis in the dark.

Xiang, Jinkerson and their colleague Masayuki Hatta in Japan then introduced the algae in darkness into a tank containing juvenile polyps of a stony coral, Acropora tenuis. The algae infected the coral successfully in the dark. Unexpectedly, the algae were able to proliferate in the coral tissues without photosynthesis, something not observed in the sea anemones.

Finally, to learn if the pattern held true for the third member of the cnidarian group, the researchers added the algae to a darkened tank of upside-down jellyfish (Cassiopea xamachana) polyps. Once again, the algae infected the polyps, though not as successfully as in the sea anemone and coral.

The discovery that photosynthesis is not essential to begin symbiotic relationships is a step toward finding ways to help cnidarians survive climate change, with time being of the essence in protecting coral reefs.

The latest findings offer additional research opportunities as Xiang works closely with students in her lab, who will contribute to advancements in the research, she said.

“I also am sharing this research in coral-algal symbiosis with the students in my classes in an effort to pass along the enthusiasm we feel for the research, along with our knowledge and expertise,” she said.

Xiang is also affiliated with UNC Charlotte’s Center for Computational Intelligence to Predict Health and Environmental Risks (CIPHER). CIPHER focuses on computational and empirical research to counter the spread of current and emerging infectious diseases and addresses some of the most vexing societal challenges, including antibiotic resistance, food safety and ecosystem health.