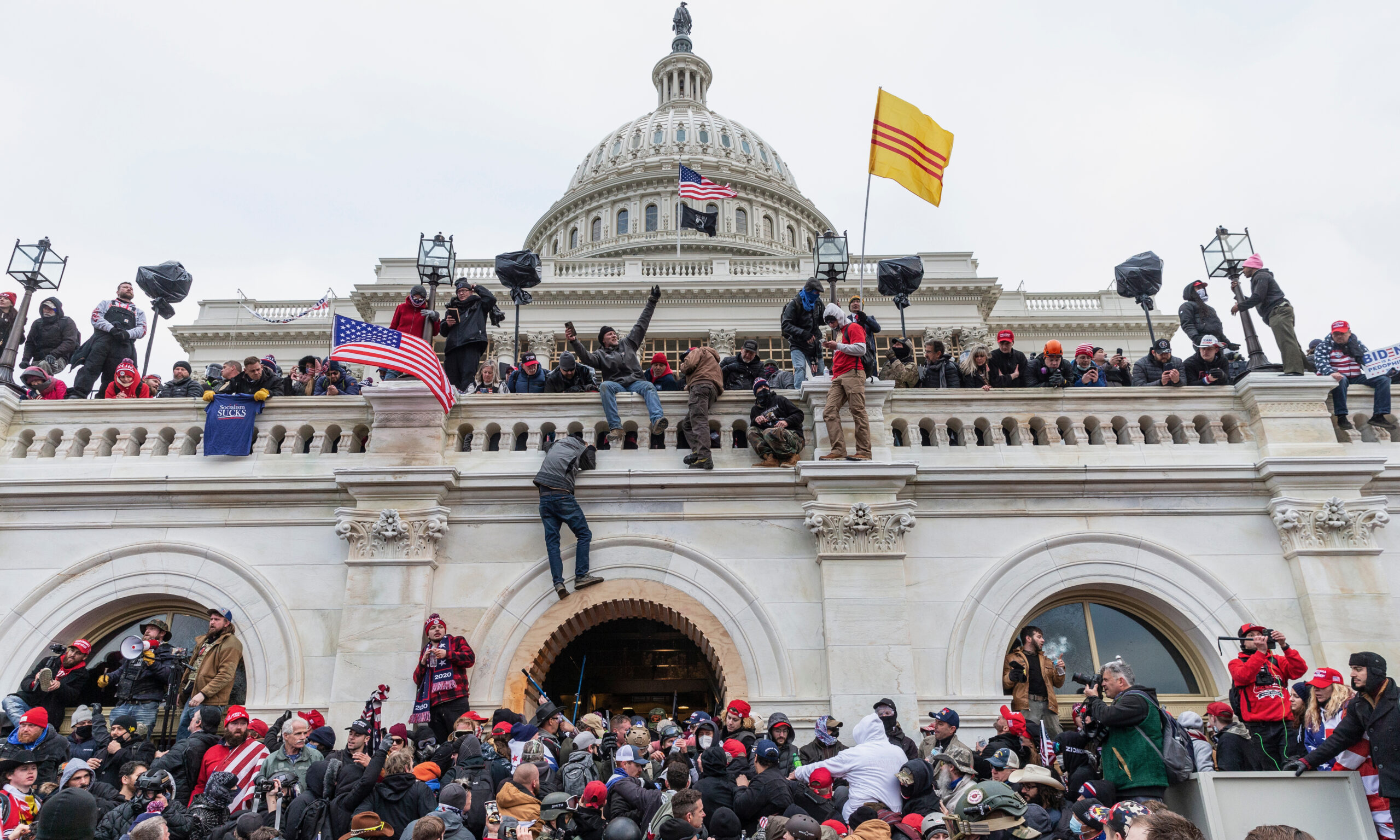 To most observers, the storming of the U.S. Capitol on Jan. 6, 2021, illustrates how extremist groups have increased in power and visibility. UNC Charlotte’s Shannon Reid, associate professor of Criminal Justice and Criminology, describes the criminality and violence exhibited during the Capitol riots as a major concern.

“The far-right is a collection of groups/gangs with a range of beliefs, and they vary in how deeply or strictly they adhere to their ‘ideology,’” said Reid, who has spent nearly two decades investigating gangs and juvenile incarceration. She is co-author of “Alt-Right Gangs: A Hazy Shade of White,” which focuses on youth-oriented groups within the white power movement. As a graduate student at American University, Reid worked as a research analyst on the Urban Institute’s Project Safe Neighborhoods in Washington, D.C., and as a crime analyst with the Alexandria, Virginia, Police Department.

As a doctoral student at the University of California, Irvine, she worked with the Los Angeles Police Department’s homicide and gang units, analyzing field interview cards and gang injunctions in the city’s Hollenbeck area. A frequent expert source for the media, especially since the Capitol riots, including Wired, Reid discusses alt-right groups.

How do alt-right groups differ from street gangs, or do they?

What are the present and future dangers posed by extremist groups?

There are a range of dangers presented by extremist groups; criminality and violence are the major concerns. While some focus on the ideology-oriented crime and violence, like hate crimes, we should be more concerned about the cafeteria-style offending seen by these groups as their higher volume can be disruptive to local communities. Cafeteria-style offending refers to group members’ participation in a variety of crimes, from low-level, like vandalism and theft, to more serious, like violence.

How do various extremist groups intersect?

They overlap at certain points and on certain topics, which is why you will see a different set of groups at different protests. Hypermasculinity tends to underscore most of these groups, as well as a general sense of victimhood. These groups also overlap and intersect in how they all take different pieces of conspiracy theories to support their stances. Often, they believe other groups, such as feminists, immigrants or Jewish individuals are to blame for their current problems, or those of the world or the country.

How have recent events, including those of Jan. 6, supported the mythology of extremist groups, and how can these groups capitalize on them?

The media coverage of current events, including Jan 6, help feed into the narrative and recruitment of others into these groups. By mythologizing these events during telling and retelling of the events, these groups are able to recruit members with the promise of reliving and being attached to groups through their reputation.

What is the best way to manage alt-right gang interest and activity on local, state and national levels?

The best way to manage alt-right gangs is to focus on prevention and intervention at the local level. Families, schools and other prosocial institutions are best situated to detect early risk factors for membership in these groups. As seen with traditional gang research, meeting needs of youth early (such as keeping youth engaged in school) can reduce gang membership.

Local law enforcement is also best situated to intervene and suppress these groups. Since most members will meet and commit crime locally, local law enforcement should be the first to intervene on these groups. At the state and national level, different charges can be leveraged against criminal activity of these groups and their members. For example, RICO cases have been used to try and break up traditional street gangs and could be used for alt-right gangs as well.